Keeping up with several languages or a Nightmare

Already wrote about how I got into learning to talk with the world. I have around a year and a half or so since I decided I wanna be able to hold a conversation in at least 16 languages. I have been experiencing with a bunch of different ways, websites, apps, methods and so on. We all learn in different ways and speed, I personally never saw myself as good for languages, but I always felt attracted to them.

I believe other thing it might helped me a lot so far is that I took classes for 3 languages when I was a kid or and a teenager, since kinder garden I started learning English at school, at high school I had to take a French class and in 8th grade I decided I wanted to learn Chinese so my French and English teacher suggested me to learn Japanese first so I did it but even then I used to had a lot of difficulties, I was on a basic level at English, my French grades were awful and wasn’t even able to hold basic conversation, Japanese became into another subject. Something similar suggested me a priest I went to when I tell him that I wanted to learn Aramaic, he suggested me to started learning latin first.

Nowadays, after have learned 7 languages at a basic conversational level and the basics of a few more by myself, I still don’t get why people suggest such thing. Anyway, what I wanna talk about this time is about what have worked for me and how I get it. This doesn’t means these ways of learning are gonna work for you.

As I wrote already I got inspired mainly due to Tim Doner so I decided to try out the method he talks about, the Method of Loci I tried it with French and Italian, and a few more, and noticed it’s not functional with every single word of course but it’s for sure a lot of help to remember new vocabulary.  So I noticed this kind of things made it so much easier to me, then I got super excited and couldn’t just keep up my learning one single language at the time and I told to myself “If Tim can do it I’ll can too” so I started learning two at the time, next three and so.

Suddenly I noticed I could learn a language in one week or two if I focused completely on it all day long. But quick learning got me into a huge problem, quick maintaining of all the languages. So now I was in a mess so I decided to investigate more ways of learning and keeping up with all my languages. Practicing with natives, watching videos, listening to music, changing my cellphone language, etc. I must be honest on it, all of those are amazing and does help like 100% for me, but sometimes laziness, situations and the habit makes it boring.

The brain needs to forget in order to learn

I’m a person who doesn’t likes routines so I get bored quickly when something stays the same and I also like practical things, so I found a video o Luca Lampariello talking about The Forgetting curve, and I decided to put it on practice and noticed It helped me a lot with the reviewing times. 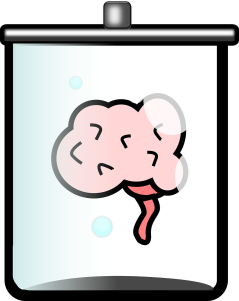 Sometimes is hard to find people to practice with, even with internet, since a lot of them are not truly interested on learning a language but just want to meet people or whatever and of course is not the same to practice with someone you are close to and already know than with a stranger who most of the times doesn’t even have a basic level and wanna learn magically. This made it harder to me since none of my acquaintances is interested on learning a new language.

Get used to talking with ghosts.

So I started doing what I saw on another ted talk, Shower talks, or how a guy I talked to call it, Saying hello to the ghost. Just talking to myself in the new language, of course this doesn’t help you with making mistakes, but it will help with the speed you get the words you wanna say and built a sentence making you feel more confident about it.

And even more I don’t wanna pay a dime for learning. Fortunately we live in a time where almost everything can be gotten for free, so all the ways I’ve tried for learning languages are for free but that’s subject for another post. Make sure to check out these ways of learning if you haven’t and let me know how does it work for you.