It sounds like the scariest thing ever, like if I’d be crazy or into pretty weird things or even like if I’d be involved in some pretty bad business, but nothing farther from that. I was around 8 or 9 years old. We went to the convent at the “Desierto de los Leones”, the lion’s desert, although it’s more a forest than a desert.

Anyway we were just walking around when suddenly a couple of teenage girls approached my parents and asked them if I could be part of a project for their school. And they explained that all they needed to do was to take a couple of pictures of me, one holding a real human skull the people from the convent lend them and the other one of someone pointing an empty gun at me blindfolded. They showed us that the gun was empty and I remember my parents told them “If he wanna do it there’s no problem” and I was on the inside like “Of course I want!” So they asked me and all I said was “yes”. The idea of having as an experience to know how it feels to hold a real human skull convinced me.

We were at a garden  behind of the convent, and in the middle there was a tiny wood table with the human skull and a camera on it. Next to a hidden entrance there was a little wood stool waiting for me. They asked me to sit on the stool and one of the girls stopped  in front of me with the camera while the other one blindfolded me. When they took the first picture my parents took advantage and they took a picture too. 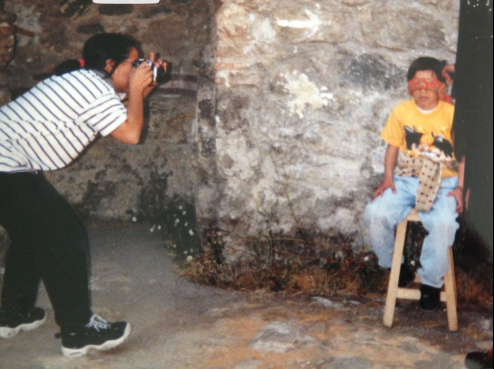 Next, one of the girls took the human skull and asked me to step at the hidden entrance and the other one stepped again infront of me holding the camera, the first one carefully gave me the human skull and asked me to hold it close to my chest with a serious look. After they took the second picture my parents took one more for me to remember, this time I was smiling. 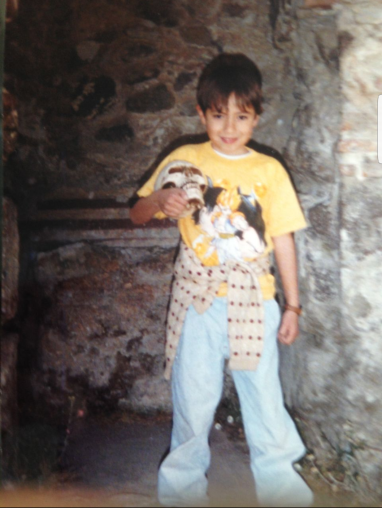 I remember the skull didn’t felt as heavy as I thought it would, It felt so weird to know that I had in my hands a skull that once were a living person. I still remember the feeling on my fingers under the jaw, it felt a little bit rough but not too much, it was a mix between excitment and a bit of nausea at the same time. When I gave back them the skull I was excited for the experience I’ve just lived.

Nowadays I even have a skull (Obviously it is not a real one, but one I bought at the “mercado de las flores” ) on my bookshelf, that’s due what I read over the book “The Lost Symbol by Dan Brown”, that the masons have a special room for reflexion where they have some salt, a candle and a human skull (a real one), this last to remember about the death that we are just dust and will go away from this world some day. 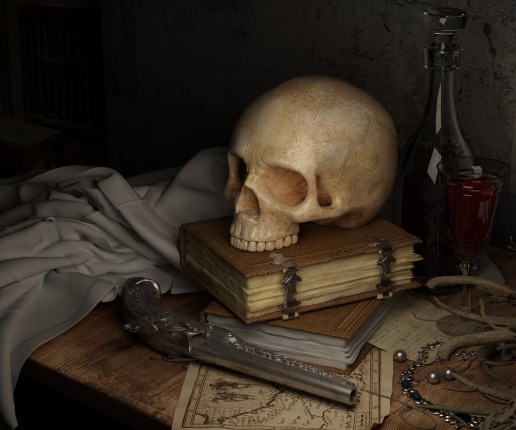